After I completed the initial build of “Stadium” I went and got a lot of feedback from others to help determine where I was going to go next with the map. The largest issue with the map being that there are too many pathways for the terrorists to go initially. 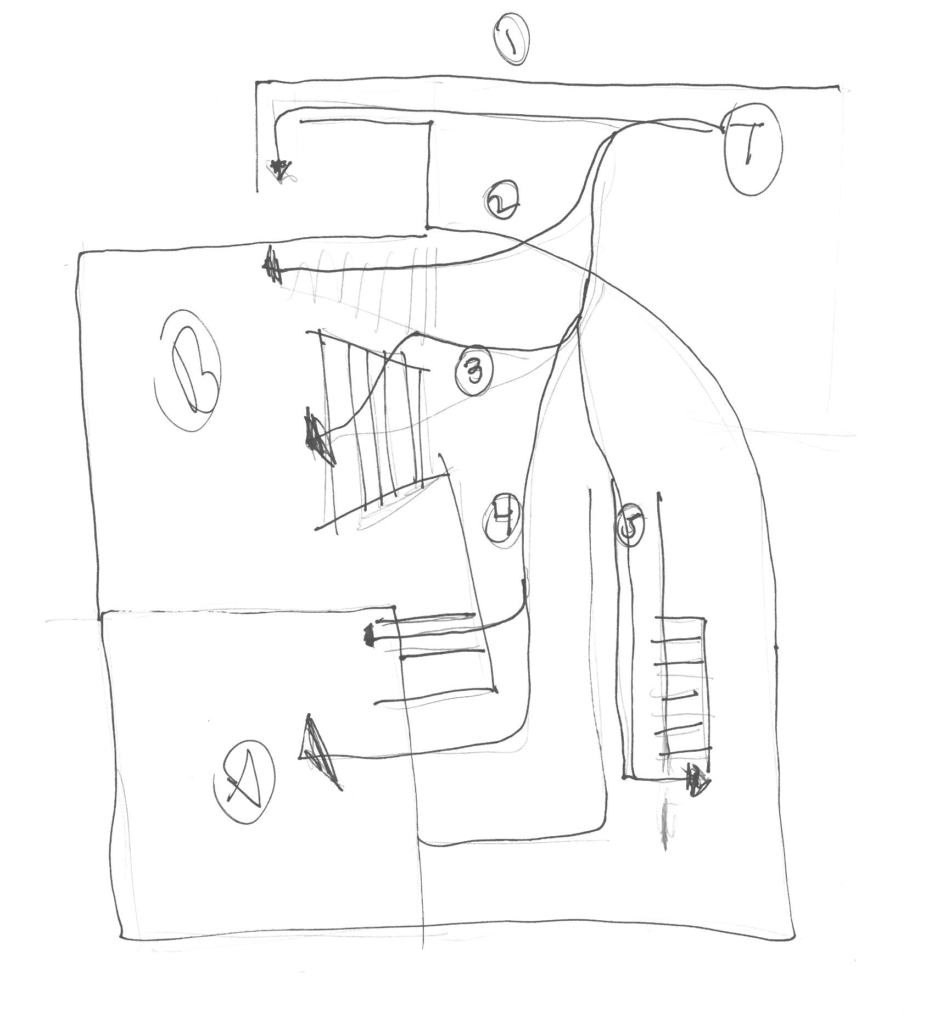 Above you can see that the terrorist has five options to go with very linear paths, not allowing much deviation. I want to change the geo to allow fewer paths, but more branching opportunities such as in maps that we see like dust2. 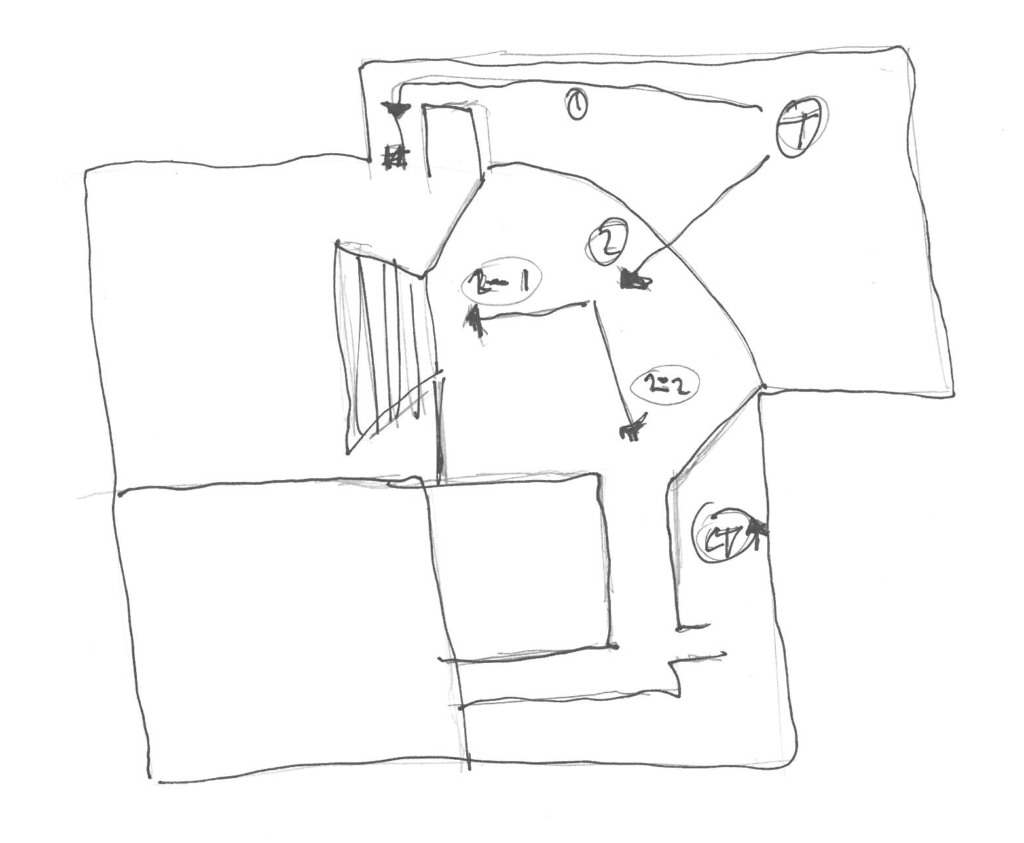 This is probably one of the biggest changes to the map that is going to happen so I wanted to figure this out very early on. In the image below you can see the that I have made the changes in pen to define what I intend to do when I start implementing the changes in Hammer. 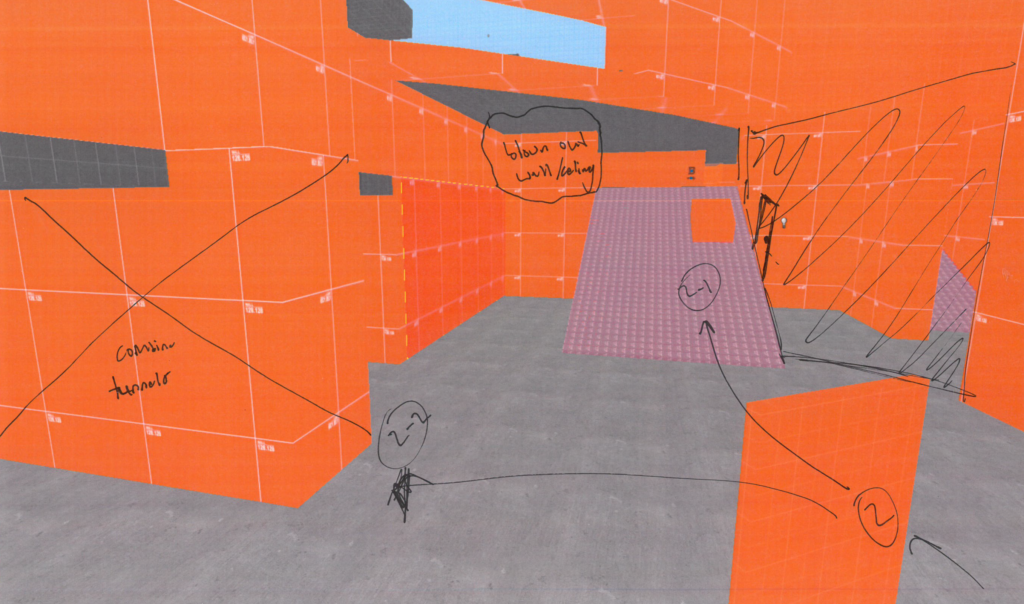 Next are some smaller issues I wanted to fix with the map. In order to go about doing this, I took screenshots of the areas on the map where I had issues on large sheets of paper. After doing this, I made the changes in pencil, then wrote over them again in pen once I had it the way I wanted it. This I have found to be very useful in projects because you can tackle so many issues at once while sitting down with it in your hands. It also helps to be in 3D a lot of the time, but I have found drafting my changes on paper helpful. 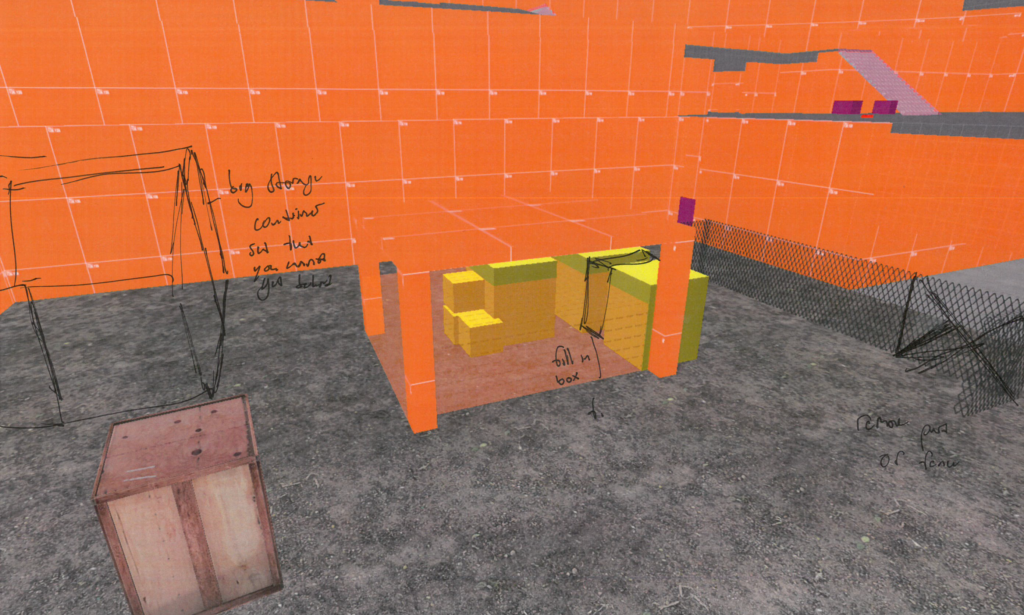 In the image above I am trying to do a couple of things. Firstly, there is a lot of open space around the bomb site on the field and I feel that this creates scenarios revolving around a similar type of engagement. I want to add more geometry around the bomb site, such as the big container in the back, to create more opportunity for close quarters engagements. There is a spot between the two boxes that I say to fill in, however, I ended up simply moving them closer together to give a better sniping opportunity for both attackers and defenders. Finally, I want to shorten the length of the soccer goal to give more vision down the tunnel, and to the bomb site. 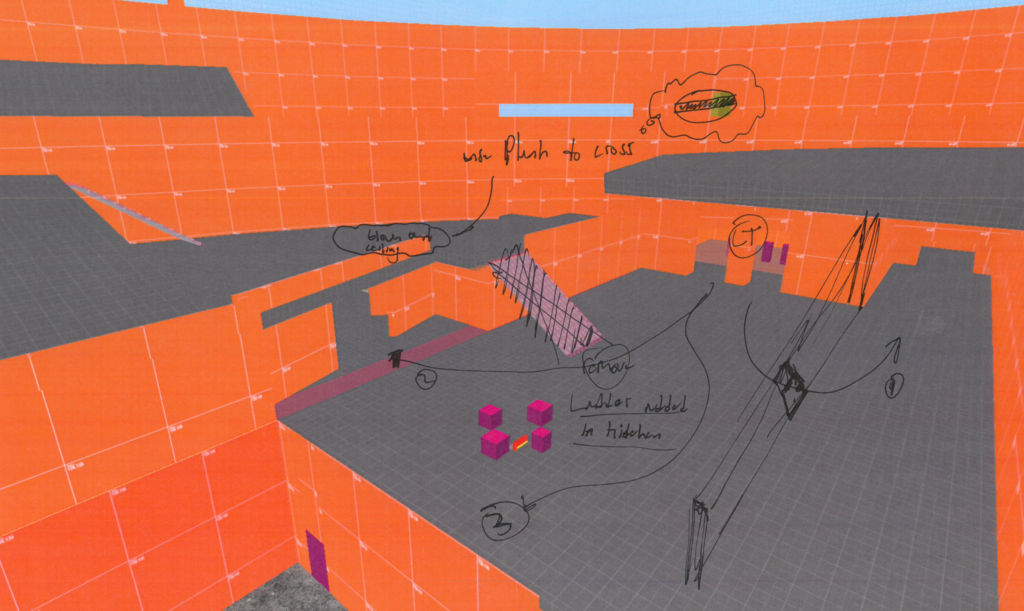 The changes in this image are somewhat more complex. My goal with the changes in this image is to simply length the amount of time it takes for the CTs to reach the kitchen area (the arrow with a number “2” by it) and to give CTs a better grenade arc through altering the geo. To do these changes I initially wanted to put a wall along the edge of the CT spawn to prevent CTs from rushing the stairwell to sandwich the Ts. I ended up going with a restroom style for the CT spawn point by pulling out the middle column, to do a 3-2 split between the players. Then, I added a horizontal wall to add “entrances” to these rooms, forcing the CTs to move much slower through the map initially.

I did end up putting a hole in the ceiling above the kitchen to add the CT’s grenade arc, as well as increasing the size of the atrium window near their spawn to allow for throwing grenades near the ladder in the picture above. 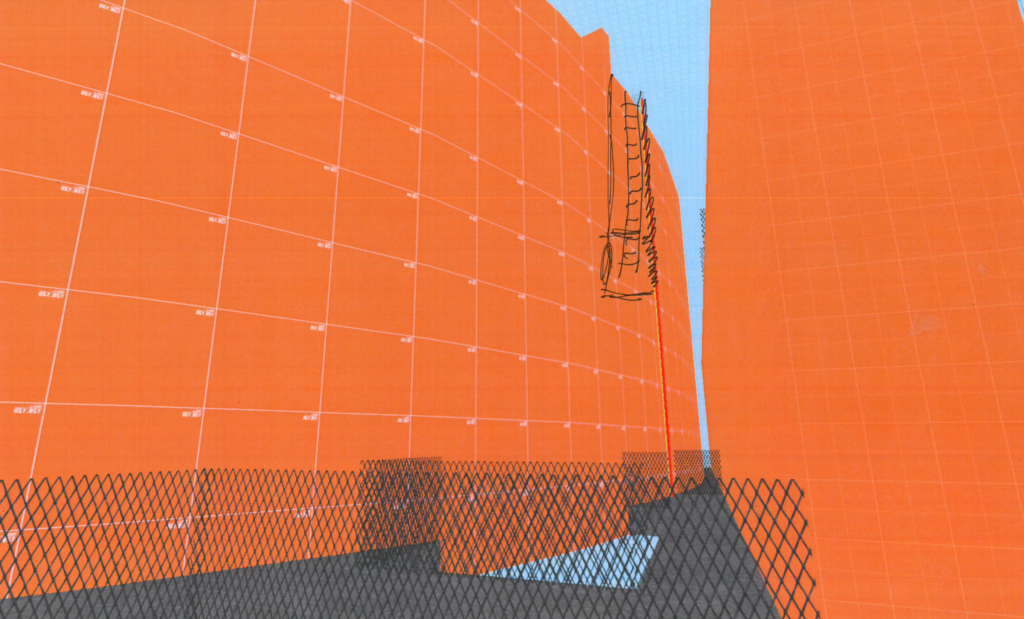 The goal of the changes in this image is to allow the player access to a kitchen flank, opposite to the CT engagement, and to decrease the time the player is on the ladder. From this image, you can see that yes, that is a single ladder that takes a long time to go up. I have since broken this up and created a doorway leading to the hallway near the B bombsite. I like this way better. 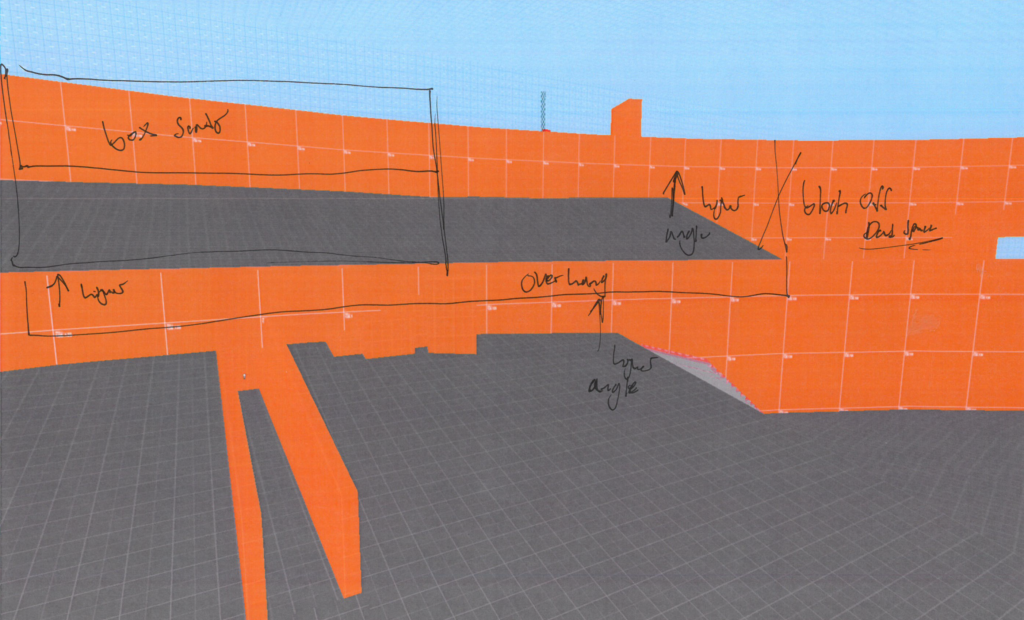 The goal in this image is that I want to make the player feel like they are in a stadium, and I feel like I am not selling that so well in the map currently. In the image above, I intend to increase the incline of the seating on both levels and create an overhang for the seating. I feel that this will better sell the feel of a stadium.

Overall, implementing these changes was a step in the right direction, however, I will need to test more, and continue to iterate to make the map even better.